2019-20 Preview: Garrett is a versatile wing player who can stretch the floor with his outside shooting and also dominate on the inside with his strength.  He is a solid rebounder, consistent shooter, and senior leader. Coaches will be looking for Garrett to be a coach on the floor, leading his younger teammates by example.

Past Seasons: Garrett was a standout on JV as a sophomore and has worked hard to improve his grades to be able play his senior year this season. Garrett was missed last season, but will bring a ton to this year’s team.

Personal: Garrett was born on 9/06/2001. He is the son of Francisca Hodges. His favorite subject in school is English with Ms. Moreau. Garrett’s favorite team is the Houston Rockets and his favorite food are hot wings. 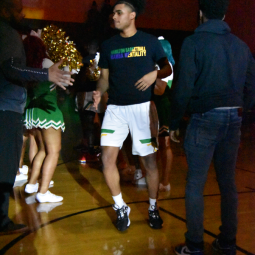 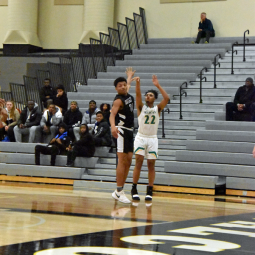