The Wildcats finished their games prior to Christmas tonight against one of the top teams in the area.  Racine Park entered the game with a record of 5-1 and ranked #9 in the area polls.  The Wildcats were entering the game looking for their 3rd straight victory and were looking to do so against a quality opponent which would undoubtedly help them in the ranking aspirations they have themselves.

The Panthers came out and took control of the game early, led by 6’9″ junior, Nobal Days and 6’3 junior, Larry Canady.  Days was able to make tough passes to his teammates while Canady attacked the basket for tough conversions at the rim.  The Wildcats tried to keep it close behind Keontae White‘s 12 first half points, however, they faced a large deficit at half, trailing 35-26.

The Wildcats were able to go on a run that saw them cut the lead down to 1 late in the second half and with :30 seconds left in the game, Keontae White was able to convert on a put back that gave the Wildcats their first lead of the game.  The lead would change 4 times in the final minute including 2 free throws from White which gave the Wildcats another lead with only :7 seconds left.  The Panthers proceeded up the court and pressured by the Wildcat’s defense, it seemed as the time had expired and the Wildcats had won the game.  However, the referees got together and decided that the Panthers called time out with :3 seconds left.  Video later showed that Park did not call timeout until there was a little less than a second left.  Coach Pat protested to no avail and with those :3 seconds the Panthers were able to convert on a buzzer beating play through a pass from Days to Jalawn Ferrell for a 67-68 win.

The Wildcats were led by Keontae White‘s 26 points.  He was helped by Marquis Barry‘s 14 and Ronald Woodland‘s 12 points.  The Wildcats will now go on a 9 day break and will return to face Juneau on December 28th at Hamilton at 6:00pm.

Read the Journal Sentinel article and watch the last :30 seconds of the game by clicking here. 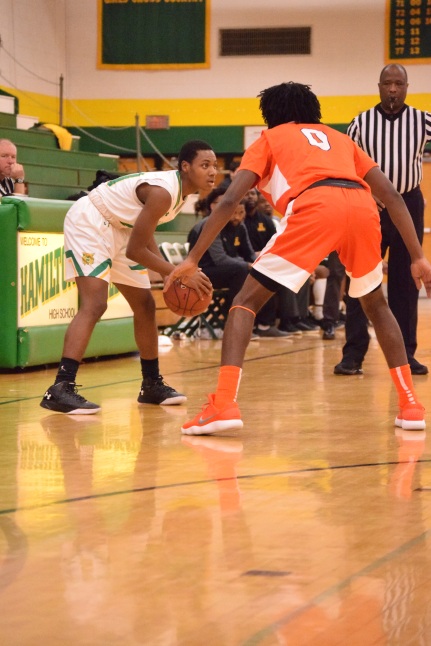